In December of 2014, the McLean Foundation purchased a 36.7-acre lot adjacent to Newburg Park in Fortuna, California. With the McLean Campus location secured and a plan for construction ready, the Board believed it appropriate to name the new center after Gene Lucas, longtime friend, business partner and founding president of the McLean Foundation. Construction on the Gene Lucas Community Center (GLC) began in August 2017, and we had our Grand Opening in February of 2020!

Read more about the history of the McLean Foundation here. 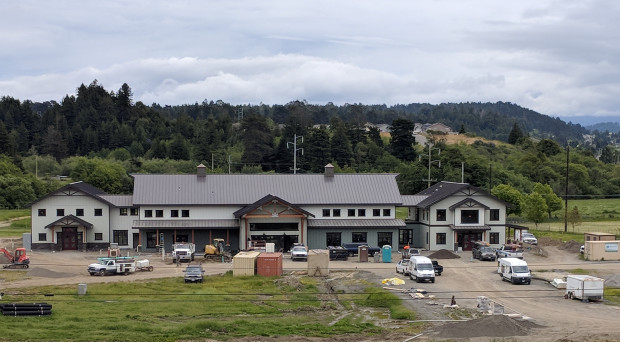 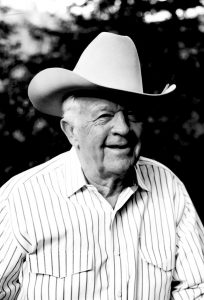 Gene Lucas was a truly amazing man. He was an accountant by trade, but that hardly gives an idea of his position in the Eel River Valley. Gene was at the heart of the region’s business community for over half a century. He served on numerous boards of directors and acted as trusted adviser to a variety of county businesses in all sorts of fields, including ranching, timber, dairy, and engineering.

Most famously, Gene was a friend, adviser and confidant to Mel and Grace McLean, owners of the Eel River Sawmills. Before Mel and Grace passed away, they decided to start a trust in their name to give back to the community they loved so much. Gene was instrumental in helping set up the Mel and Grace McLean Foundation. Grace passed in 1989 and Mel in 1999. After his passing, Mel’s appointed trustees officially opened the McLean Foundation on January 1, 2000. Gene served as the Foundation’s President and Chairman of the Board for its first thirteen years, and the McLean Foundation became the most important source of funds for innumerable charitable projects in the Eel River Valley and the larger Humboldt County.

During their lifetime, Mel and Grace McLean expressed interest in giving back to their community in a more permanent form, one that would honor their legacy and have the greatest positive impact. Gene presented the concept of building a community center. The project would provide a facility where all members of the Eel River Valley would have a place available to learn, recreate and socialize.

Gene began to explore ways to make Mel and Grace’s dream a reality. Beginning in 2008, after numerous studies, community meetings and exploration of several potential sites, Gene and the McLean board began to develop a blueprint for the center. Unfortunately, in 2013, Gene passed away before the McLean Foundation was able to secure a site and develop a building plan. It is fitting for the building to be named the Gene Lucas Community Center to honor his memory and dedication to the McLeans and the residents of the Eel River Valley.

Gene will be remembered for his zest for life, for his generosity, his kindness, his friendships with people from all walks of life, his genius for numbers, and especially for his love of family and the community.

The Gene Lucas Community Center welcomes people of all ages and abilities while continuing the legacy of the Multi-Generational Center (MGC).

Designed to be a gathering place for all, this newly expanded facility includes approximately 23,000 square feet on a 36-acre lot, offering a multitude of opportunities to enhance community involvement, learning and enrichment. 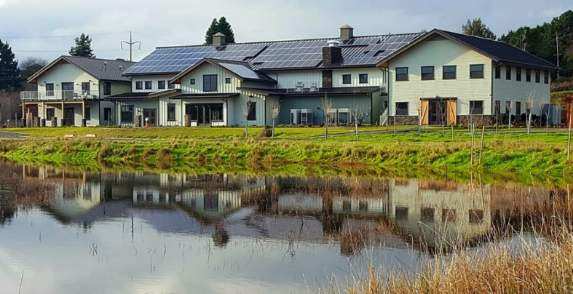